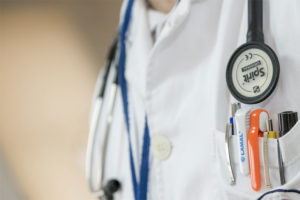 Health Secretary, Matt Hancock, triggered a row after urging people to take greater responsibility for their own health to tackle the rising toll of illness from diseases such as cancer and obesity.

In a speech on Monday the Health and Social Care Secretary called for a big increase in people making healthier lifestyle choices, such as reducing the amount of alcohol and junk food they consume.

Speaking ahead of the speech Hancock said “We need to do far more to personally take responsibility for our own health.”

In his speech outlining plans for a major push to prevent ill health, Hancock will say: “Prevention is also about ensuring that people take greater responsibility for managing their own health. It’s about people choosing to look after themselves better, staying active and stopping smoking. Making better choices by limiting alcohol, sugar, salt and fat.”

Simon Capewell, a professor of public health and policy at Liverpool University, said the minister was right to emphasise the need for effective prevention of epidemics such as obesity, diabetes and dementia.

But he added: “We must recognise the huge power of our lived environment and avoid naively just focusing on ‘personal responsibility’ and ‘individual choices’. People do not ‘choose’ obesity or diabetes or cancer. They have just been overwhelmed by a toxic environment.”

Stress Relief At Work – How To Alleviate Work Stress

Earlier this year I was invited to Frankfurt to deliver a workshop on how to alleviate work stress at the 4th International Conference on Depression, Anxiety and Stress Management.

Let’s take a look at some interesting findings

Ageing Well: How Can We Make Longer Lives Healthier?

Over four million (or 40 per cent) of people in the UK over the age of 65 have a limiting long-term health condition, such as diabetes, heart disease, respiratory disease, cancer, arthritis and dementia.

Many of these conditions are linked to lifestyle and modifiable behaviours and declines in mortality have not been matched by declines in morbidity with marked inequalities between the least deprived and the most deprived areas remaining.

It Is Never Too Late To Make A Change

Our experiences throughout life can have a negative or positive influence on health, affecting the risk of chronic disease and other health outcomes in later life.

Timely interventions during midlife and beyond offer great potential to increase wellbeing, maintain health in both body and mind and reduce the risk of losing independence.

Research evidence sets out key actions for professionals to promote a healthy lifestyle for people in midlife and beyond. These include:

These are times when people may consider adopting new healthy behaviours or may be at risk of adopting unhealthy ones.