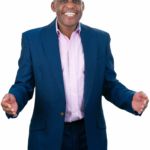 and achievements have not only brought him national and international acclaim but a constant stream of private and corporate clients.

Mike began his career in the leisure and hospitality sector, improving the wellbeing of thousands of Butlins’ holidaymakers through positive engagement, reassurance and mindfulness. He also treated hundreds of more clients from the UK and abroad who suffered from a range of multi-skeletal conditions, including sciatica, tennis elbow and lower back pain. He instilled good habits within his clients who enjoyed long-term relief from their symptoms as a result of his unique,

tailored approach and mix of mind and body techniques.

Mike attained his DMS PGDip at London Metropolitan. He represented the university at the 4th International Conference on Depression, Anxiety, and Stress Management in Germany where he received an award for his workshop entitled ‘How to alleviate stress: the importance for organisations to implement a more holistic view of the employee to alleviate stress’ (presented in collaboration with Robert M Gordon, American Psychological Association, USA and Paolo Scapellato, European University of Rome, Italy). Whilst there he also collected a number of coaching awards; one of which, as a Football Association referee.

The mentoring and leadership aspects of these awards fuelled a fire within Mike who saw the tangible impact his holistic outlook had on his clients. In 2008, after seeing Anthony Robbins in London, he subsequently trained as a life coach, mastering such practices as NLP, Clinical Hypnosis and Cognitive Behavioural Therapy (CBT), Tui Na, and becoming a Reiki Master.

Reducing absenteeism amongst workforces across the UK and improving employee morale and companies’ internal cultures meant Mike’s services were in great demand within the corporate world. He has worked with businesses such as Computer Sense, the Public Carriage Office, Transport for London, Specialist Make-up Services Limited, the Nouveau Beauty Group, Dixons Store Group and Priority Data, as well as practices in Harley Street. He has coached thousands of employees, boosting their motivation, emotional resilience and mental health, and instilling the foundations of good stress management.

Described by his clients as a hugely transformative, well-respected practitioner, Mike continued to impact the field of customer service, instilling direction and leadership in large teams. Hailed by the media as having a gift, he went on to open his own practice in Sheffield which was subsequently hand-picked as one of the top three clinics in the city; the award was based on a 50-Point Inspection that included local reviews, trading standards, trust, price and general excellence.

Mike has been presented with a Certificate of Recognition of Outstanding Services Rendered in Organizing 4th International Conference on Depression, Anxiety, and Stress Management, by Robert M. Gordon, PhD Fellow of the American Psychological Association US. He has also received a Primary Certificate in Stress Management, approved by The British Psychological Society and International Society for Coaching Psychology. More recently, he was chosen as a winner in the 2019 Alternative Medicine and Holistic Health Awards hosted by GHP-News.

Mike’s passion is to help others become the best version of themselves on every level. The results his clients enjoy are consistently outstanding, and they also have a beneficial effect on an individual’s colleagues, their environment and family, and the community that surrounds them.

Call 0114 670 081 today to book your FREE initial consultation, or complete the form below